BÄCKER & PARTNERS focuses on improving the satisfaction level of Senior Directors and CEOs with their management.

We are a professional Executive Search and Leadership Consulting services firm composed of renowned senior professionals with experience acquired in the main global and local consulting firms and in the Human Resources Department of major international companies.

We apply world-class standards to projects with direct participation of our Senior Partners, generating successful results.

Our “local needs, global reach” value proposition enables our clients to access the local knowledge and expertise of Bäcker & Partners and, at the same time, have a global reach through AltoPartners for the development of regional and global growth strategies and access to candidates worldwide. 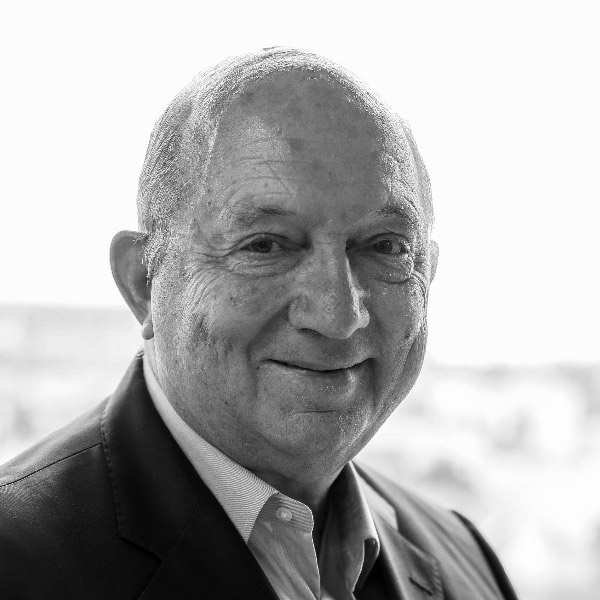 Ricardo is one of the most renowned Executive Search consultants. He has developed much of his career leading major international firms. He has selected a large variety of senior executives who have grown significantly in their careers. He is considered a leader in the industry for his contribution to the profession and his continuous thoughts and reflections on organizational issues.

He has an extensive career, having run two of the most important firms in the world in Argentina: Heidrick & Struggles and Korn/Ferry International.

Ricardo started his professional career in what is now Accenture, specializing in process reengineering, implementation of critical systems and providing consulting services to senior management of industrial and consumer goods companies. He worked in the United States, Germany, Mexico and Venezuela. He was named Partner of the firm and later became Managing Partner of the Consulting Division for the Argentina and Chile offices, both of which he directed until his retirement in 1994.

Determined to engage in consulting services in matters of talent, he joined AMROP International’s Argentine subsidiary. Later, he founded his own firm, Global Management, which was in turn acquired by Heidrick & Struggles for the launch of its subsidiary in Argentina and which he ran until he was recruited by Korn/Ferry in 2001 to turn around its operations in the Southern Cone. For 8 years he focused on expanding the Argentina and Chile offices, turning Korn/Ferry into one of the leading companies in the sector.

In 2009 he founded Bäcker Advisory, which has evolved into Bäcker & Partners, a leading independently owned Executive Search and Executive Team Performance firm, member of Alto Partners Executive Search Worldwide, one of the main global networks. He is also a Vistage Chair and coordinates a group of CEOs of important companies, providing them with personalized advisory support. In addition, he is the only executive in the sector to fulfill that same role with a special group of Human Resources Directors. These activities enable him to be a privileged observer of the business world and, therefore, be at the forefront of trends.

He has developed proven methodologies to energize Senior Management and install new cultures through successful projects in leading companies in the market.

Ricardo is Certified Board member, and is on the Board of Qless, a California based tech company. He has been on the Advisory Board of differente companies . He teaches on courses to certify Managers to become Board members. His articles are published in the main media of Argentina.

Ricardo Bäcker is an Industrial Engineer (University of Buenos Aires). 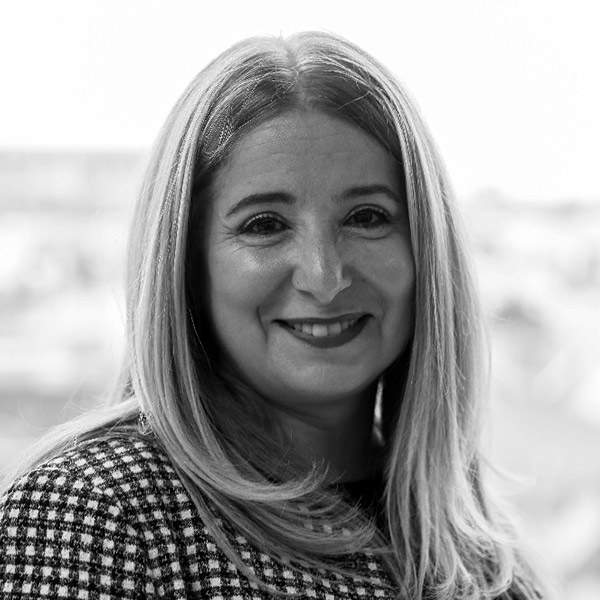 Sandra Olive started her professional career as an entrepreneur at a young age, when she founded a training company for senior executives of multinational firms. This enabled her to build an extensive network and affinity with CEOs and Senior Management of the most important companies in the country. Thus she was able to become familiar with their decisions and behaviors as well as with team development processes, entailing frustration, all of which facilitated a rapid development in the area of Executive Search.

She served at Korn Ferry for 5 years and in 2009 joined Bäcker Advisory, now Bäcker & Partners where she specializes in Executive Search for Senior Management in the local and Latin American market.

She is also a specialist in Competency Assessments and interpretation of Hogan Assessments for Senior Managers and in advising senior executives on career plans and professional development.

Sandra was born in the United States, where she completed her schooling. She is bilingual in English and Spanish and has a degree in Systems from Universidad de Belgrano. She completed a Graduate Course on Human Resources at Universidad Torcuato Di Tella, is certified in Hogan Assessments and is completing a Coaching program at Conscious Business Coaching (Fred Kofman). 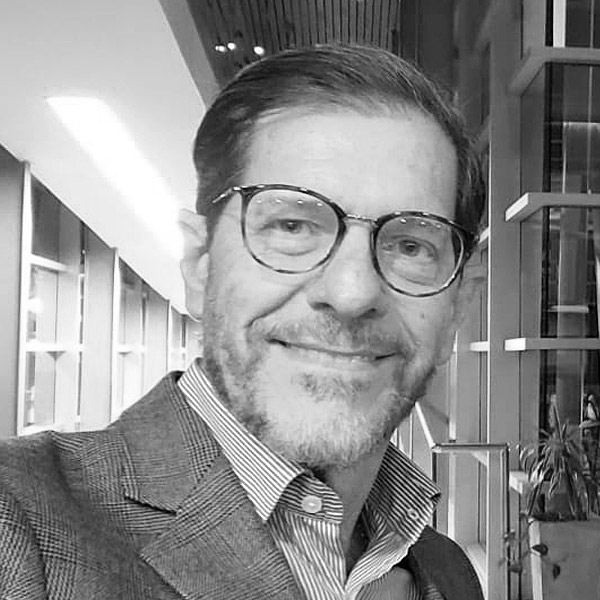 Jorge Seoane is a Partner in charge of the Leadership Consulting practice at Bäcker & Partners. He is a professional with more than 30 years of experience in Business Management Consulting, Information Technology Consulting and Portfolio & Project Management. He has been involved in Digital Transformation Programs in large companies.

He began his professional career at IBM and later at Andersen Consulting (currently Accenture). His main area of specialization was in process reengineering, IT Strategy and implementation of critical information systems. He worked with senior management in different industries: Financial Services and Telecommunications defining the IT Strategy and Plan.

He was a Partner at Paradigma Consultores Asociados from 1993 to 2019, developing professional services in different industries: Public and Private Services – mainly in the Health industry, Financial Services, Telecommunications, Media and Energy. In recent years he led innovation and digital transformation programs. He worked on Business Expansion Strategy projects, Business Strategic Planning and IT Strategy and Implementing Business Solutions.

Recently, he was oriented towards designing and implementing organizational and Business Models and in the development of Organizational Culture programs for the digital transformation in Service Companies.

Jorge participated in the IAE Senior Management Program, and the Master’s and Doctorate in Sociology (Argentine Catholic University). Jorge is an Electronic Engineer (University de Buenos Aires) and obtained a Master in Business Administration (Universidad del Salvador-Deusto). He attended executive specialization seminars at MIT Sloan School of Management. He has also been a Professor in universities and institutions at grade and master levels.

Our team is made up of a group of specialists who are considered to be among the best in the market in their field. We work with international methodologies and tools as well as with our own developments resulting from our vast aggregate experience. 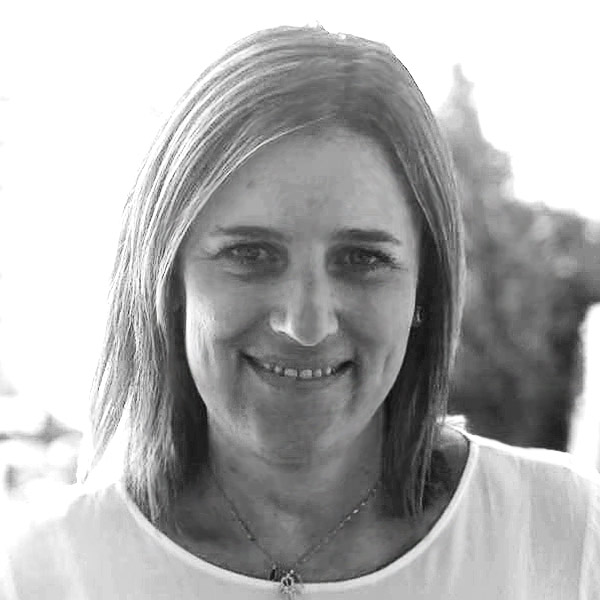 Romina has specialized in systemic interventions and executive coaching processes for executives and teams, talent identification and career management. She helps teams to develop skills and build agreements. She facilitates spaces for change management and leadership development. She has over 3000 hours of experience in coaching. She has been an EMBA and MBA Coach at Universidad Torcuato Di Tella since 2012.

Romina developed her corporate career at Telefónica and Movistar for 15 years, in the areas of Business, Operations, Processes, Business Planning and HR. She was in charge of regional initiatives and cultural transformation projects. She consolidated her HR career in Talent Management and Executive Talent in Spain, where she ran the area of Executive Talent for Latin America.

In 2012 she decided to shift her business career, choosing to add value from coaching and consulting.

She is a Professor of Business Communication and Human Resources at Universidad de Palermo and also teaches at the Emotional and Organizational Coaching Graduate Course of the University of Buenos Aires.

She is a Newfield Network volunteer at the NGO Executive Directors Management Program.

Romina has a degree in Business Administration and has been trained in Coaching at Newfield Chile and at the European School of Coaching. She completed the Strategic Management Executive Program at IMD Business School. She obtained her certificate in Systemic Tools, a solution focused approach, at SySt Training, and her Outdoor Team Coach Certificate from Quantum – Mindful Quest. 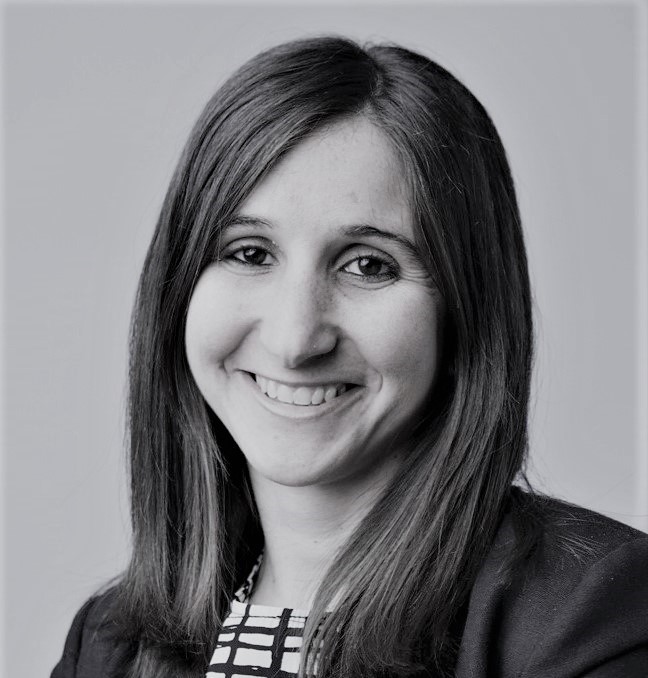 Barbara Ressia has over 10 years’ experience in Talent Acquisition & Talent Development areas in different multinational companies.
Barbara started her professional career in Human Resources Consultancy, leading talent searches and assessments for multiple firms.
After that, she focused in managing talent acquisition and organizational development processes in renowned organizations in the aeronautical & retail field.
Since 2015, she formally started leading Talent Teams, not only locally in Argentina but also in Latin America South Region, in recognised companies in the Chemical & Mining Industry.
She is currently an Associate Consultant in Bäcker & Partners, leading executive searches for different companies.
Barbara Ressia has a degree in Psychology and a Specialization in Psychological Assessment and Diagnosis from Universidad del Salvador. She is certified in Harrison Assessment. She has also attended the Digital Talent Program in Digital House, and the Employer Brand Executive Program in Universidad Torcuato Di Tella. 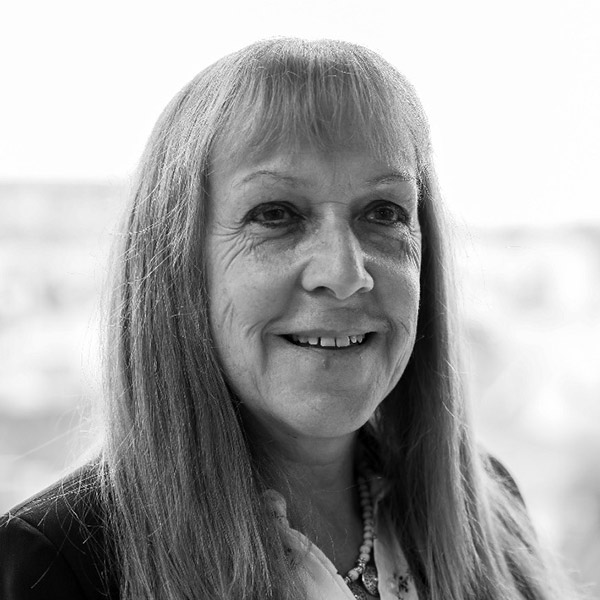 BÄCKER & PARTNERS is an Executive Search, Leadership Consulting and Human Capital Management services firm composed of renowned senior professionals with experience acquired in the main global and local consulting firms and in the Human Resources Department of major international companies.